It is located in the 2nd largest city in Michigan, Grand Rapids and on the busiest retail street in the city. This location can't be missed, because of the openness that surrounds the property thanks to the Christian Reformed Headquarters.

The Grand Rapids Demographics shows there are over 100,000 residential within 3 miles as well as a daily traffic count of well over 150,000. The average household income is north of $61,000.

A graduate of Michigan State University, Sandy is the President of Phil Simon Enterprises, a commercial real estate development company holding office, industrial, and commercial properties throughout the United States. He also serves as the Executive Director of Universal Artists, a company that has filled entertainment venues country-wide. Before transitioning into commercial real estate, Sandy  spent over  30 years building relationships and connecting suppliers with customers during his career in sales and marketing in the industrial and insurance industries. He has filled many roles from manager to director of sales and marketing. He has served on Chambers of Commerce and supports many not-for-profits organizations.

The Sullivan County Demographics registers a traffic count of 50,000 vehicles per day along E. Stone Drive. The Tri-Cities area has a population of 480,000 MSA, and Kingsport is home to the second-largest employer in the state, Eastman Chemical Co.

What is a true NNN lease?

What is commercial Real Estate? How does it work? 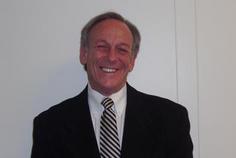 ​In 1949, Phil Simon constructed the very first Hockey stadium in Grand Rapids, MI, which today is known as the Delta Plex. Phil also  sponsored Johnny Cash and Disney on Ice in their tour across the United States through Universal Artists.

In 1975, he was awarded promoter of the year by the city of Grand Rapids, Michigan.

In 1989, S & R Development split and Phil founded what we are known as today, Phil Simon Enterprises. He continued to add to his success by acquiring other properties across the United States until 2003.