relationships and connecting suppliers with customers during his career in sales and marketing in the industrial and insurance industries. He has filled many roles from manager to director of sales and marketing. He has served on Chambers of Commerce and supports many not-for-profits organizations.

In 1949, Phil Simon constructed the very first Hockey stadium in Grand Rapids, MI, which today is known as the Delta Plex. Phil also  sponsored Johnny Cash and Disney on Ice in their tour across the United States through Universal Artists. In 1975, he was awarded promoter of the year by the city of Grand Rapids, Michigan.

REQUEST A FREE QUOTE NOW BY CALLING 555-5555 OR FILLING OUT OUR ONLINE FORM. 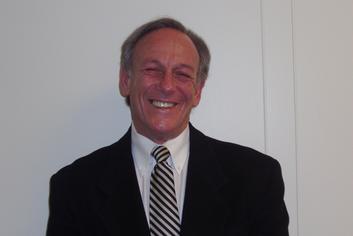 A graduate of Michigan State University, Sandy is the President of Phil Simon Enterprises, a commercial real estate development company holding office, industrial, and commercial properties throughout the United States. He also serves as the Executive Director of Universal Artists, a company that has filled entertainment venues country-wide. Before transitioning into commercial real estate, Sandy  spent over  30 years building